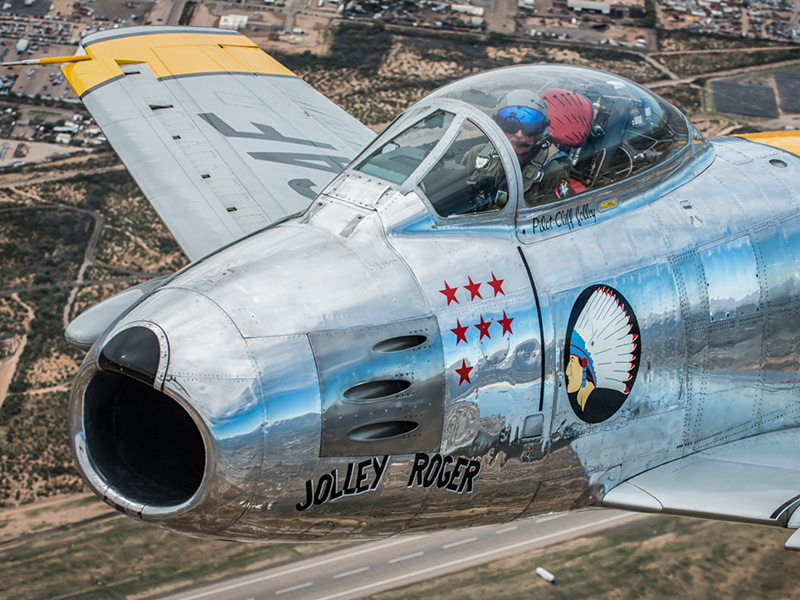 Quick, agile, and a bucket-list item for many seasoned pilots, North American’s F-86 Sabre stands out among the rest. Designed by Edgar Schmued, who also is behind the creation of the P-51 Mustang, the Sabre was developed in response to the need for a single-seat high-altitude fighter. It was originally modeled after the straight-wing FJ Fury series of Navy aircraft, but eventually adapted to its signature 35-degree swept wing following the end of World War II.

The XP-86 prototype first flew in October of 1947, with the aircraft officially entering service with the United States Air Force in 1949. The F-86 Sabre was most known for its contributions during the Korean War, where it often went toe-to-toe destroying nearly 800 during Russian-designed MiG-15s flown by Korean, Chinese, and Soviet pilots. The Sabre was the preferred fighter for pilots in Korea, with 39 out of 40 Aces from the Korean War.

There were several versions created, but the designated day-fighter was the “F” model, of which just 2,239 were built. The most produced, yet least similar, Sabre was the F-86D. This model can be identified by its large radome in the nose and larger fuselage.

The “Jolley Roger,” which is housed at Planes of Fame Museum in Chino, California, is one of two F-86 Sabres in the Heritage Flight Program. This F-86F model was manufactured in Inglewood, California and delivered to the 359th Pilot Training Wing at Nellis Air Force Base in November 1953. Based in southern Nevada, Nellis Air Force Base was the only base that trained F-86 pilots for combat flight during and after the Korean War.

In 1960, “Jolley Roger” was one of 28 Sabres transferred to the Argentine Air Force, where it was in service for 26 years. It was withdrawn from service in 1986 and then officially joined Planes of Fame Museum shortly thereafter. Its paint scheme pays homage to Capt. Clifford D. Jolley, the first Air National Guard “ace” of the Korean War, and whose own F-86 “Jolley Roger” shot down seven Soviet-made MiG-15 aircraft.

Today, “Jolley Roger” is a favorite among Heritage Flight pilots past and present as it performs in Heritage Flights and air shows across the country. Warbird pilot Steve Hinton, Sr. said that the F-86 is by far his favorite plane, not only for its history, but because “it’s just really fun to fly.” And Hinton’s son, Steven, as well as fellow Heritage Flight Team pilot Stuart Milson says that the F-86 Sabre is at the top of their bucket list.

Catch “Jolley Roger” at Planes of Fame Museum in Chino, California or at upcoming air shows across the country with the Air Force Heritage Flight Foundation. 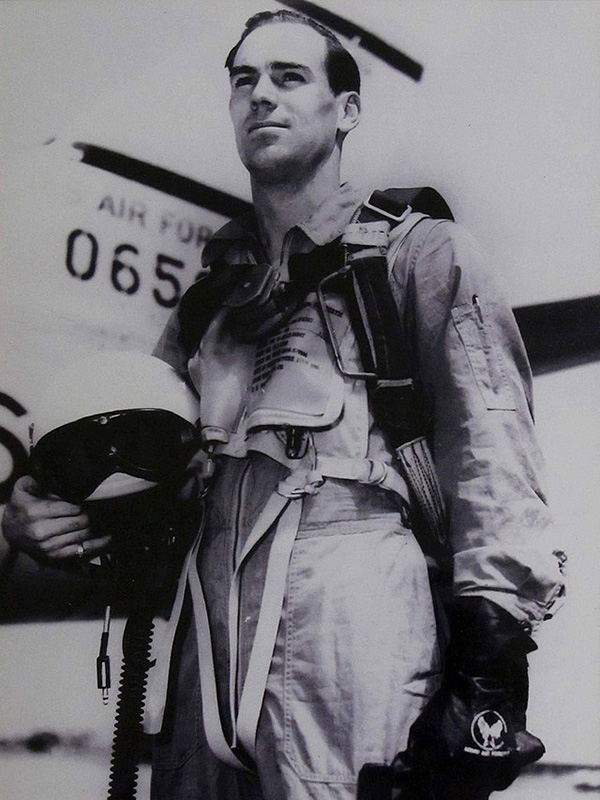