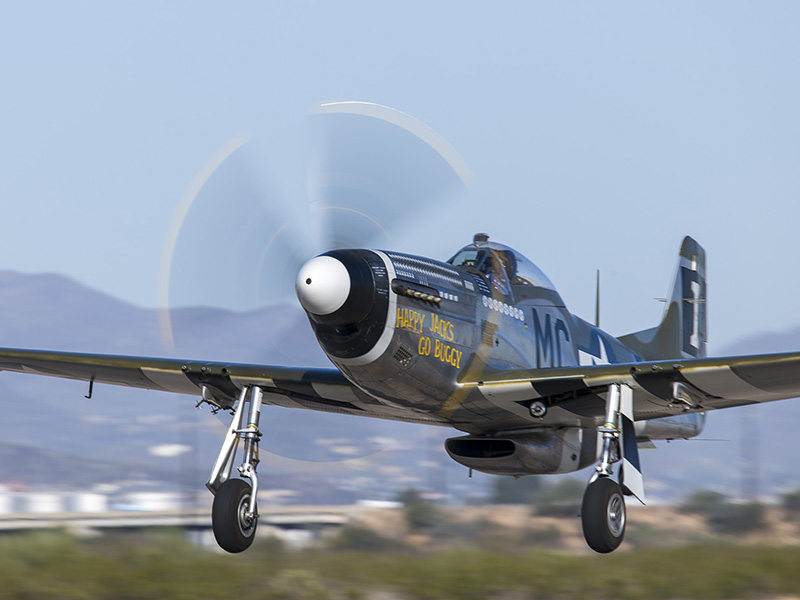 Originally produced in Southern California in 1944, the aircraft eventually made its way to Italy where it was involved in U.S. Army Air Forces operations for the last three months of WWII. When it returned in 1945, it was never tapped for racing like many of its counterparts were during that time. Instead, it was housed in West Texas for nearly two decades, largely untouched, until it was restored by Midwest Aero Restorations Ltd. with all its original armor, including the armor steel plates in front of the coolant tank and cockpit firewall, and the large armor plating behind the cockpit, as well as the armor center glass windscreen.  Additionally, the original 6 de-mil M2 .50 inch caliber Browning Machine Gun (BMG) remain in the wings with the inert “9 yards” of ammo, as well as the original cockpit K-14 lead computing gunsight and wing camera. Now, it’s a favorite among pilots and aviation enthusiasts alike given the storied past of its namesake and its history as one of the few combat Mustangs restored to its original glory.

“I'm sure this is a consensus amongst most aviation enthusiasts, but the P-51 Mustang is one of the most beautiful, elegant fighters that the world has ever seen or produced,” said Winter, who served as a pilot in the U.S. Navy and has tallied more than 800 hours in the P-51. “Any pilot would rightfully trade places for the opportunity to jump in the backseat of a Mustang. It is arguably the most famous fighter aircraft, and it deserves that accolade because it truly is a remarkable machine.”

The warbird is known for its original restoration, but also for its namesake. Its paint scheme and name are in honor of decorated WWII Ace fighter pilot Jack Ilfrey. Major Ilfrey was part of the 94th Fighter Squadron, 1st Fighter Group and eventual commander of the 79th Fighter Squadron, 20th Fighter Group.  He is credited with shooting down seven and a half enemy aircraft during WWII and evading capture twice. During one of these occasions, Ilfrey disguised himself a deaf and mute French farmer and cycled 150 miles to Allied lines in Normandy with the assistance of French civilians, according to the American Air Museum in Britain. Known for his cheerful disposition, his ground crews in England nicknamed each of his planes "Happy Jack's Go Buggy," including a P-51D Mustang during the tail end of his tour overseas.

When asked why he fell in love with these planes Winter shared, “I recalled thinking to myself, ‘no wonder all the 20-year-old kids would have given anything to have flown this back then.’ Not only is its beauty and history so special, but it's a fun and fast airplane to fly. Flying ‘Happy Jack’s Go Buggy’ is truly flying a piece of history, a ‘National Treasure’. It's like going back in time, except for a few radios and convenient tech upgrades,” added Winter. 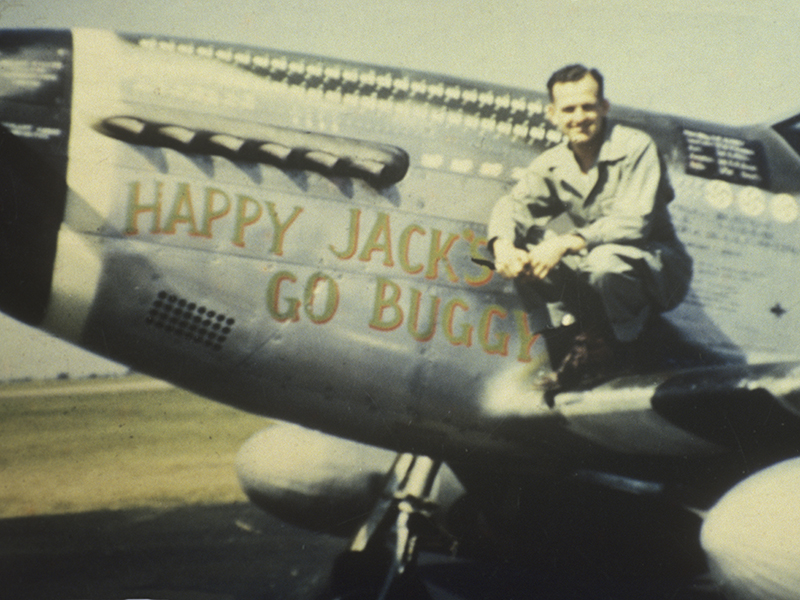 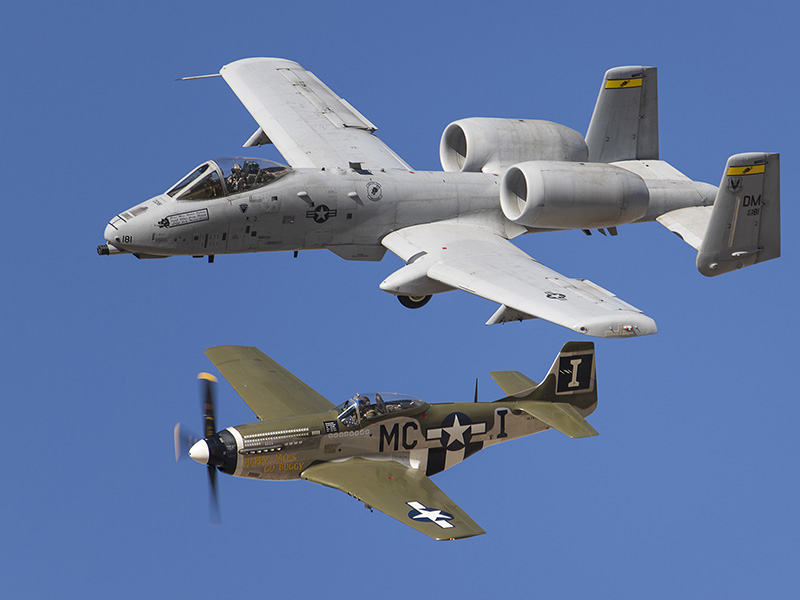 The P-51 Mustang "Happy Jack's Go Buggy" flies alongside the A-10 Thunderbolt II during the 2022 Heritage Flight Training Course. (Photo by Larry Grace)