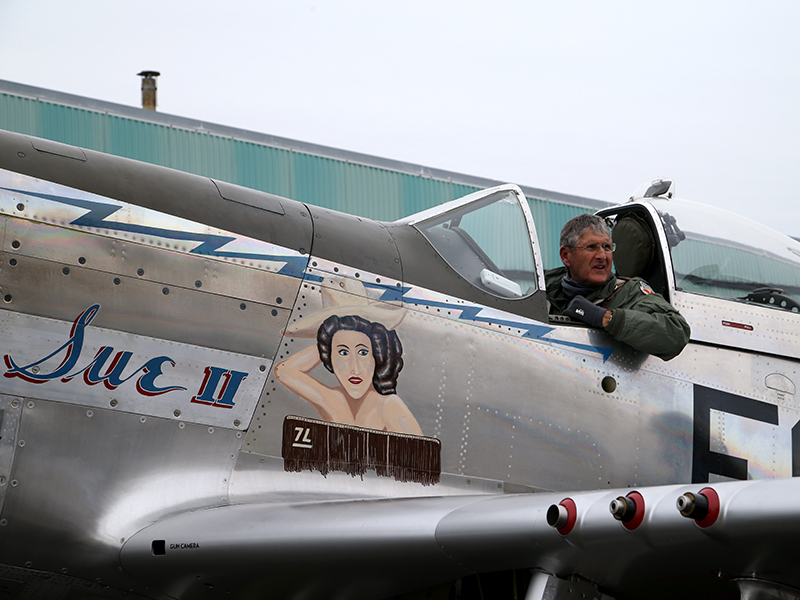 In 2018, the Air Force Heritage Flight Foundation joined the A-10 and F-16 demo teams for their first-ever flyover on football’s biggest stage at Super Bowl LII in Minneapolis. As the four-plane formation flew over US Bank Stadium, fans joined together to celebrate the enduring legacy of the United States Air Force.

With the Heritage Flight program teaming up with the Air Force Demo Teams once again this year for Super Bowl LVI, we are looking back at the milestone moment in Minneapolis and how quick thinking and a little bit of luck helped the pilots pull off this mission.

One of the first things that Steve Hinton, longtime member of the Air Force Heritage Flight Foundation and leader of SBLII’s flyover, remembered from that game was the bitter cold. The sub-zero temperatures that blanketed the city made for conditions that were not conducive for flying vintage warbirds like the P-51 Mustang “Sierra Sue II.”

“We typically don’t fly these vintage planes in this type of weather,” Hinton said. “The support of the owner of the aircraft from the Wings of the North Air Museum at Flying Cloud Airport, was the only way we could do something like this – from preheating the plane, to having their crew out there to push it out of the hangar and get the plane back in afterward.”

"I have never been so cold. The experience was amazing, but I am still thawing out. This would be the theme for the weekend, from interviews to the flyover itself,” Waters said. “The F-16 was no different [from the P-51]. Going from 60-degree weather in South Carolina to sub-zero temperatures ushered in a few maintenance challenges. Our team was working around the clock to work out the kinks and help the jets adjust to their ‘new’ environment.”

So how were Waters and Hinton able to pull off this flyover with frigid temperatures, a double-relay radio to communicate with and strong winds? Hinton attributed his success to three things: the Maps app on his iPhone, his digital transponder and a whole lot of luck.

“So much luck is involved in leading this moment for television as things happen fast and we have one shot at this. While I was orbiting, my ballpoint pen quit writing due to the cold temperatures and I didn’t have a space pen or pencil. Luckily the transponder has numbers on it so I could use that to add and subtract,” Hinton said.

As the team continued to orbit during the flyover, Hinton received directions to add an additional minute and 20 seconds to their timing. Armed with his transponder and the GPS from his iPhone, he quickly adapted turns along his route while leading the pack. Shortly after, he received another call, extending the wait time an additional 50 seconds. With each second crucial to a flyover’s timing and visual from the field, Hinton didn’t waste a moment to relay changes to the other pilots. Waters commended Hinton’s ability to make such timely decisions on the fly.

“Fortunately, people much smarter than me designed the F-16 and installed some great avionics,” Waters said. “The F-16 is computing real-time what speed you need to fly to hit your waypoint. Steve was having to do all the hard work as he was leading the formation. The rest of us backed him up with the data we were seeing real-time in our jets.”

Even with gusty winds, second-degree radio communications, and the Minnesota elements, Hinton, Waters and the entire Heritage Flight formation hit their mark over US Bank Stadium as the last notes of the National Anthem echoed across the field.

“Hitting the right time over the stadium was by far the best feeling. We had planned and practiced quite a bit, pouring hundreds of hours into making sure the jets were ready to go. Having all that effort come together and hit at the right time was a great feeling…and a relief. The entire experience was once-in-a-lifetime deal,” Waters said.

Steve Hinton is a member of the Air Force Heritage Flight team, President of Planes of Fame Air Museum in Chino, CA, and founding member of the Motion Picture Pilots Association. John “Rain” Waters is the former Commander and Pilot of the F-16 Viper Demo Team and host of The Afterburn Podcast. 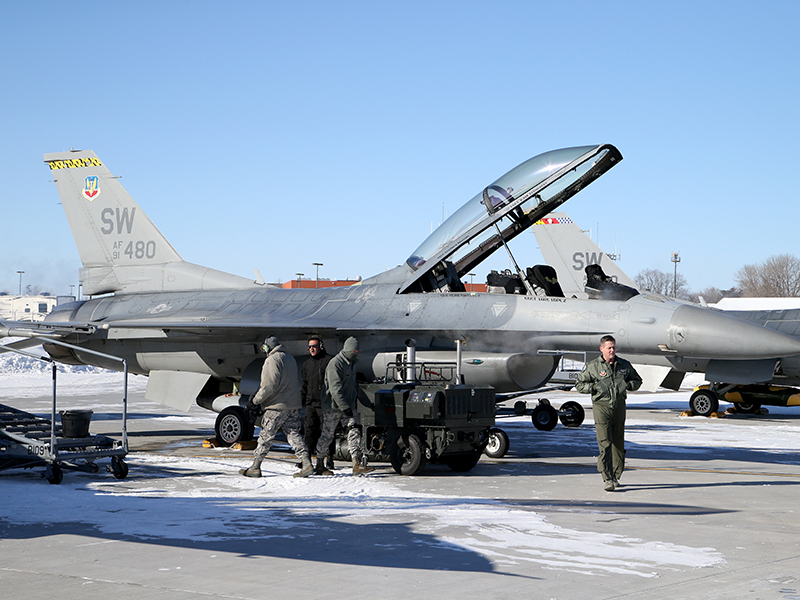