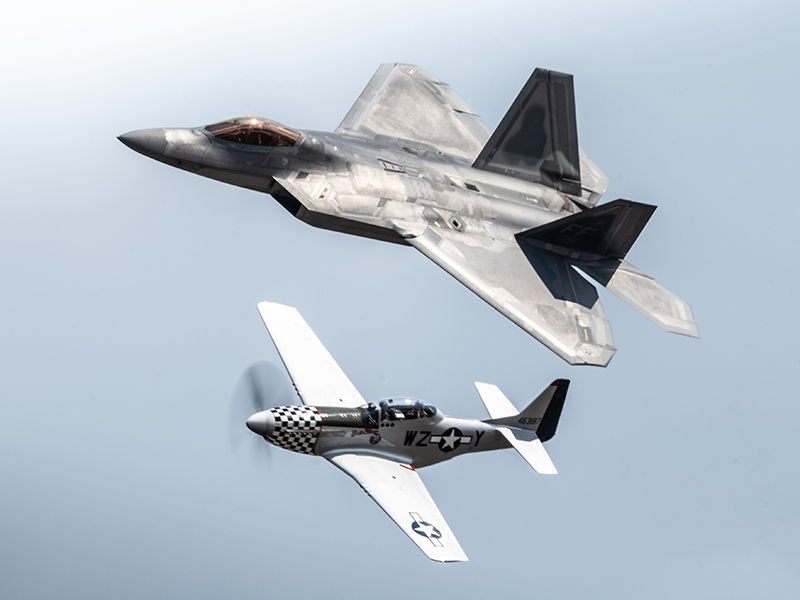 U.S. Air Force Maj. Josh Gunderson takes over as the new F-22 Demonstration Team pilot and commander. Gunderson, who goes by the callsign “Cabo,” will lead the 14-member demo team for both the 2020 and 2021 show seasons.

As the team commander, Gunderson will perform precision aerial maneuvers at air shows across the globe to demonstrate the unique capabilities of the world's premier 5th generation fighter aircraft. He will also perform alongside the Air Force Heritage Flight Foundation to showcase modern-day fighter jets flying in formation with World War II, Korean, and Vietnam era aircraft.

Gunderson has been flying F-22s since he transitioned from the F-15C Eagle in 2014. As an experienced combat-proven fighter pilot with over 1,500 hours and two deployments to the Middle East, Gunderson is looking forward to this next opportunity and has had his eyes set on the demo team since he was a kid. “Flying the demo is a thrilling experience that I’ve been excited about from a young age. From the first time I saw jets at the MacDill Air Force Base Airfest, I have turned my eyes towards the skies and dreamed of being in the seat of a fighter jet.” 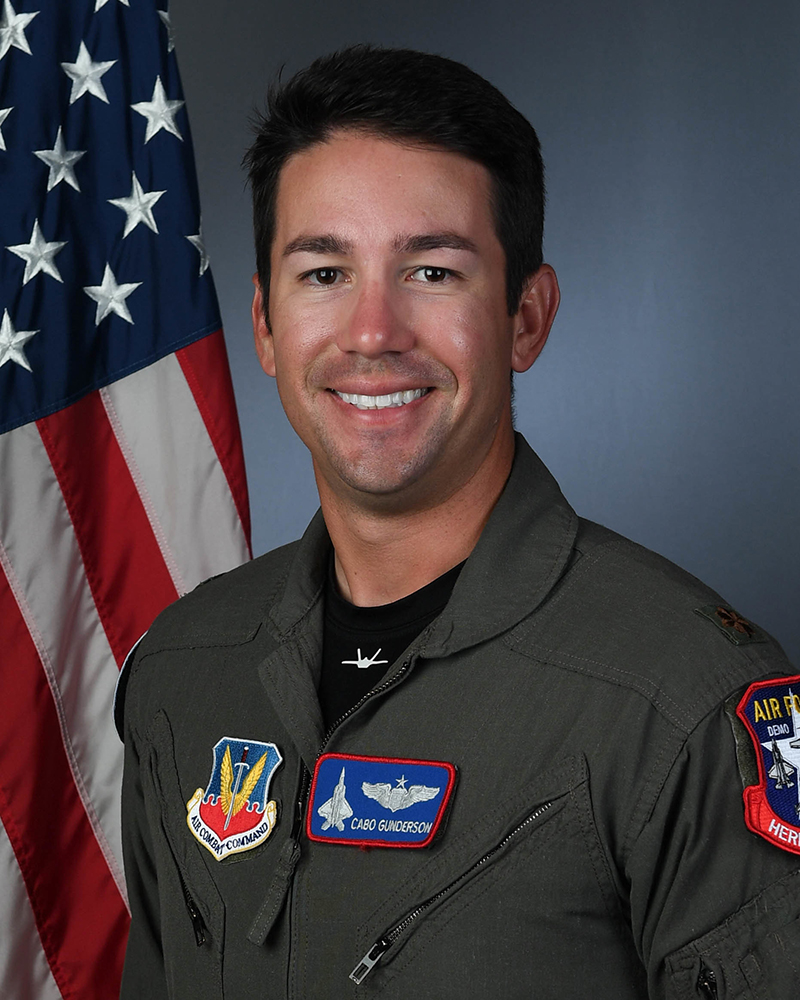 Gunderson grew up in Tampa, Florida, and after graduating high school, he attended the United States Air Force Academy in Colorado Springs, Colorado. During his time as a cadet, he participated in a foreign exchange program with the Spanish Air Force at their academy in San Javier, Spain and was also a member of the Air Force Academy Soaring Team. In 2008, he earned his commission and graduated from the Air Force Academy with a Bachelor of Science degree in geospatial science and a minor in Spanish.

Gunderson attended undergraduate pilot training at Sheppard Air Force Base, Texas as part of the Euro-NATO Joint Jet Pilot training program. There, he flew the T-6 Texan II and the T-38C Talon, earning his pilot wings after completing the program in 2010.

While serving in Alaska, Gunderson was selected to be the next F-22 Demo commander and pilot which led him to move to the 1st Fighter Wing at Joint Base Langley-Eustis in September of 2019.“It is incredibly humbling to be given the opportunity to serve as the next F-22 Demo Team commander. The team is comprised of amazing Airmen showcasing American airpower, and I look forward to joining such an impressive legacy for the next two years,” Gunderson said.