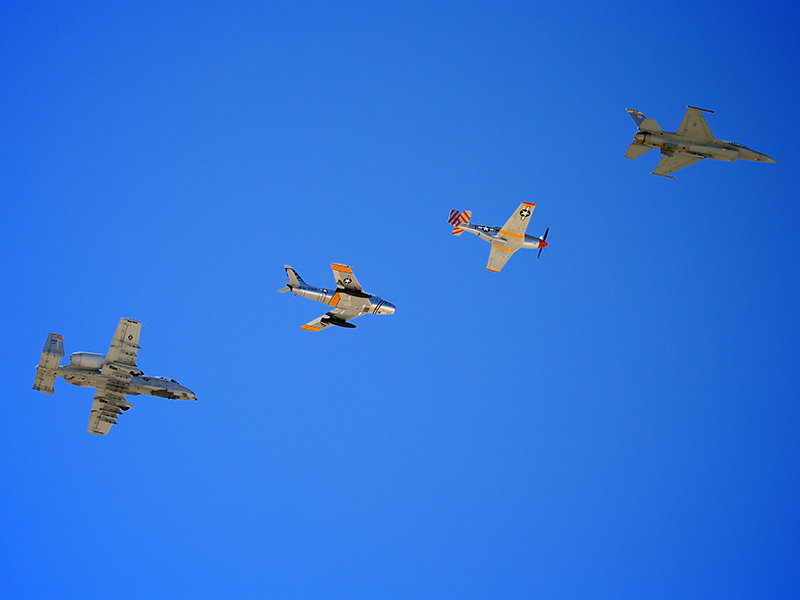 On Tuesday, Air Force demonstration teams announced 2020 air show schedules that will take them to every corner of America. With more than 80 stops in the United States and Canada, nearly every weekend between March and November will feature a demonstration from the A-10, F-16, F-22 or F-35 demo teams.

The schedule for the Air Force Heritage Flight Foundation and warbirds will be announced in the coming weeks.

The Air Force Heritage Flight Foundation celebrates U.S. air power history by providing 50-70 annual Heritage Flight demonstrations around the world. Heritage Flights are flown at events ranging from open houses and air shows to sporting events, parades and funerals. Since its inception in 1997, the Heritage Flight program has supported hundreds of events and touched millions of people. The team currently consists of nine civilian pilots qualified to fly vintage warbirds in formation with modern Air Force single-ship demonstration teams. In 2019, those civilian airmen are flying historic aircraft alongside the Air Force's A-10, F-16, F-22 and F-35 pilots.

Heritage Flights seek to honor the contributions of every man and woman who has served in the USAF while educating the general public on the importance of the U.S. Air Force and its mission.