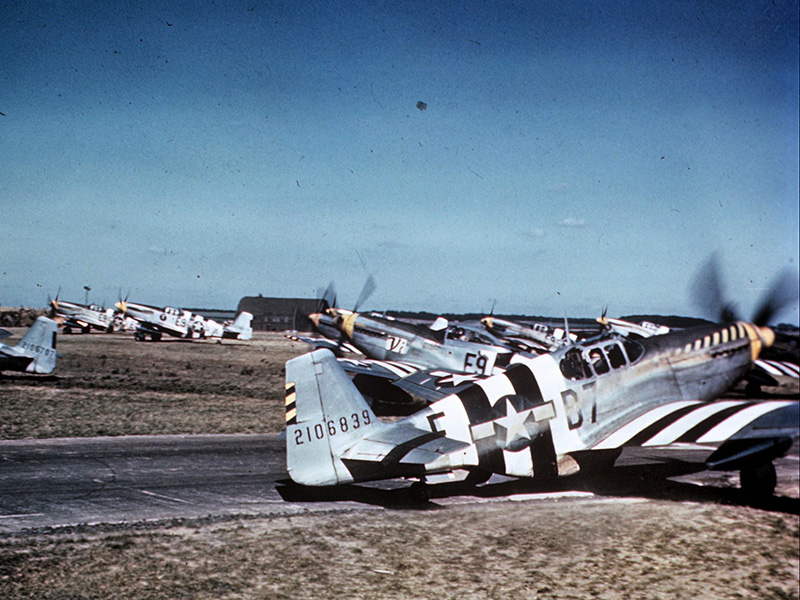 As more than 150,000 Allied soldiers stormed the beaches of Normandy on June 6, 1944, thousands of additional airmen and troops soared overhead. And in those crowded skies, the allies needed a new way to distinguish friends from foes.

Allied aircraft ranging from P-51 fighters to B-17 bombers to gliders featured the black and white stripes on their fuselage and wings as they crossed into continental Europe. Over the past 75 years, these markings have become one of the most recognizable images of the D-Day aerial campaign.

Today, the P-51 Mustang known as Bald Eagle pays homage to a team of airmen who helped secure victory on that pivotal day – the 361st Fighter Group of the 8th Air Force.

The 361st began as a P-47 Thunderbolt unit and transitioned to the P-51 Mustang in May 1944, just one month before the invasion. On D-Day, the unit carried out strafing and dive-bombing missions around Normandy. In the weeks that followed, the airmen of the 361st escorted Allied bombers as the Americans and British pushed towards the heart of Germany. 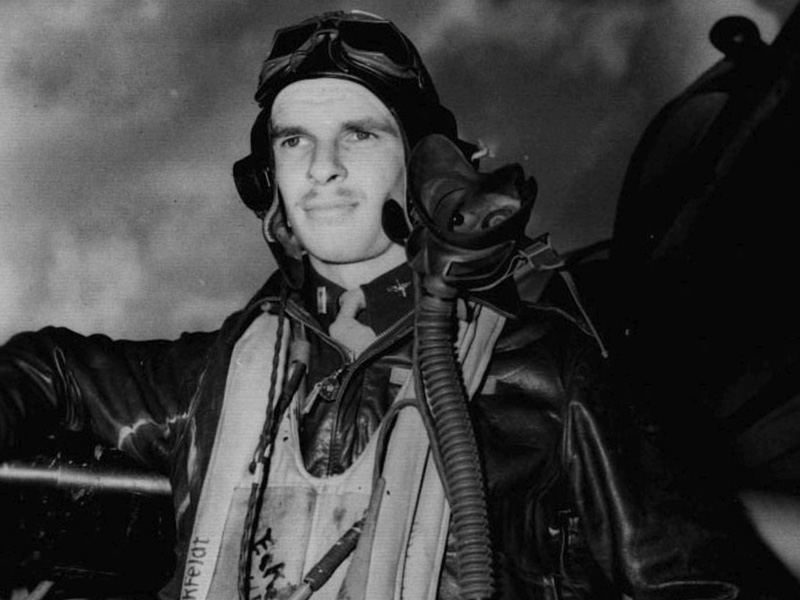 The original Bald Eagle, on which the current Mustang’s paint scheme is based, was a P-51B flown by Lt. Robert Eckfeldt, who served in the 361st‘s 374th Fighter Squadron. Eckfeldt is credited with destroying eight enemy aircraft before completing his tour in August 1944, according to 361fg.com, which tracks the history of the 361st Fighter Group and its squadrons.

Today, the invasion stripes marking Bald Eagle’s wings and fuselage stand out as prominently as they did to soldiers on the ground 75 years ago. The bright yellow nose also marks Bald Eagle as a member of the 361st. This nose design was unique to the fighter group and inspired their nickname – the Yellowjackets. The eight Nazi emblems near the cockpit symbolize the Bald Eagle’s wartime victories.

Following D-Day, aerial units began removing the invasion stripes from the tops of their wings in order to improve aircraft camouflage, but the design had been incredibly effective. There were very few friendly fire incidents during the invasion and German air power was largely absent, according to the Smithsonian. Gunners and pilots followed the adage: “if it ain’t got stripes, shoot it down.”

The current Bald Eagle, a D-Model, has been owned by the Beasley family since 1979. The aircraft was built at North American Aviation’s Inglewood, California plant and accepted by the Army in Feb. 1945. A month later the plane was shipped to the United Kingdom to join the 8th Air Force. The plane returned to the United States after the war and served in the National Guard. In 1958 it was sold to the Nicaraguan Air Force where it was flown for five years.

In July 1963, the Mustang was flown back to Texas and passed through the hands of several owners until it was purchased by Jim Beasley, Sr. who gave it the current Bald Eagle design that is known to warbird fans across the country. The aircraft has been a staple at airshows ever since. Bald Eagle’s current owner, Jim Beasley, Jr., is a founding member of the Air Force Heritage Flight program and has been flying historic fighter aircraft for decades. 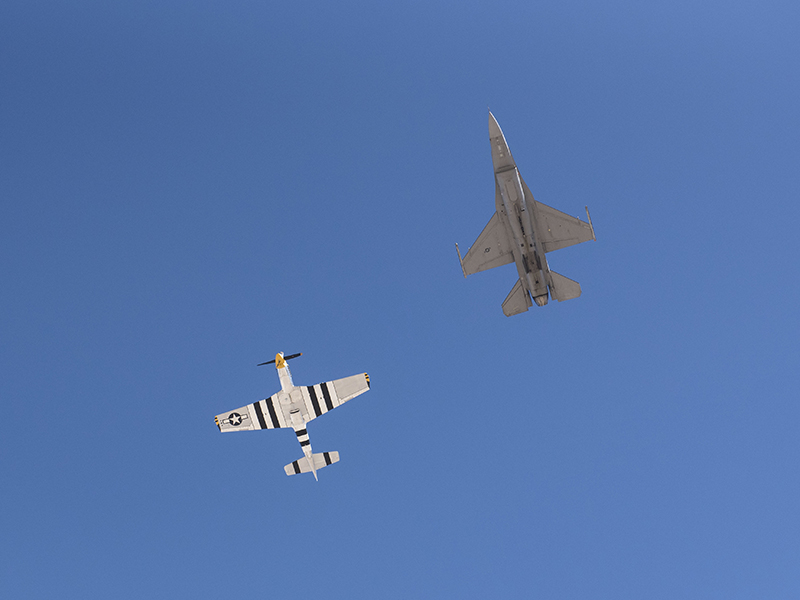 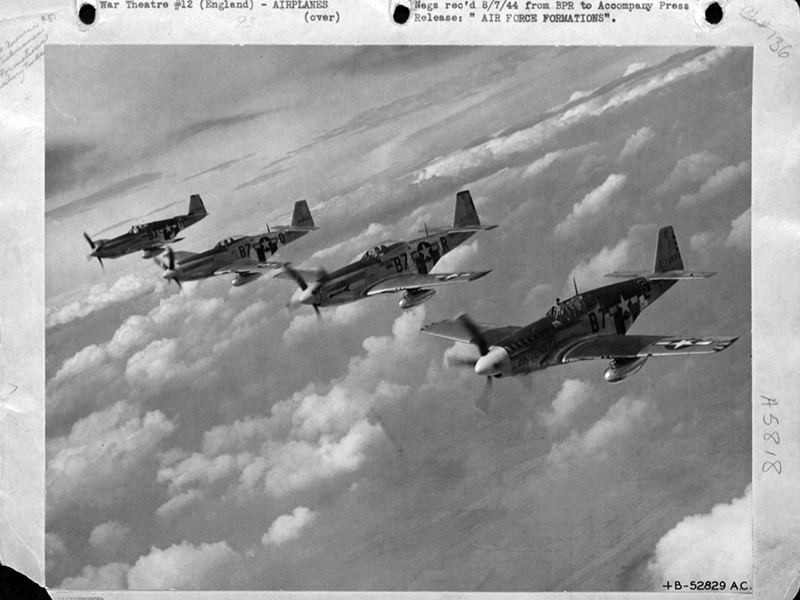 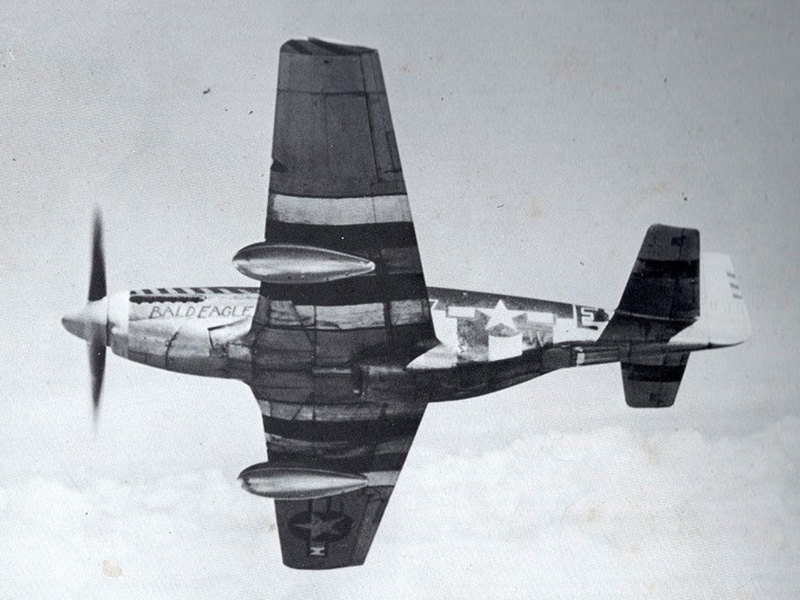