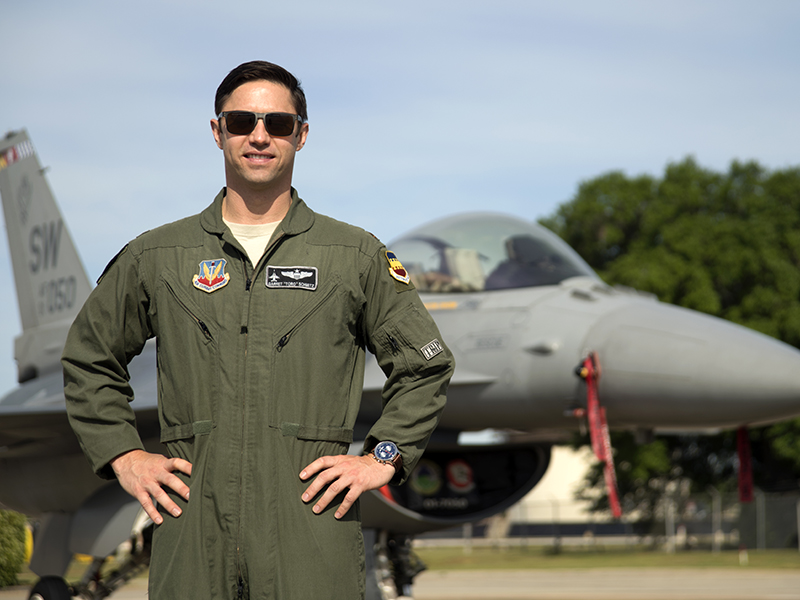 Following his assignment at Vance AFB, Maj. Schmitz completed Introduction to Fighter Fundamentals graduating as a Distinguished Graduate prior to attending F-16 Basic Course at Tucson Air National Guard, Ariz. Upon graduation, Maj. Schmitz was assigned to the 80th Fighter Squadron at Kunsan Air Base, Republic of Korea. He was then assigned to the 55th Fighter Squadron at Shaw AFB, S.C., as an operational F-16 Instructor pilot and flew 55 combat missions in support of Operation INHERENT RESOLVE.

While assigned to the 20th Fighter Wing, he was selected to be the Air Combat Command F-16 Viper Demonstration pilot. Maj. Schmitz is a combat-proven fighter pilot with over 340 combat hours in the F-16.

Learn more about Maj. Schmitz on the Shaw Air Force Base website. 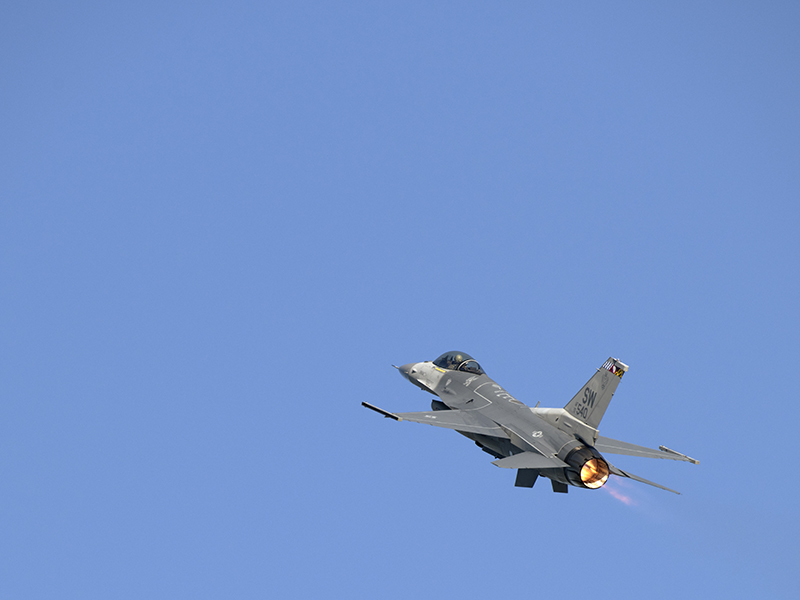