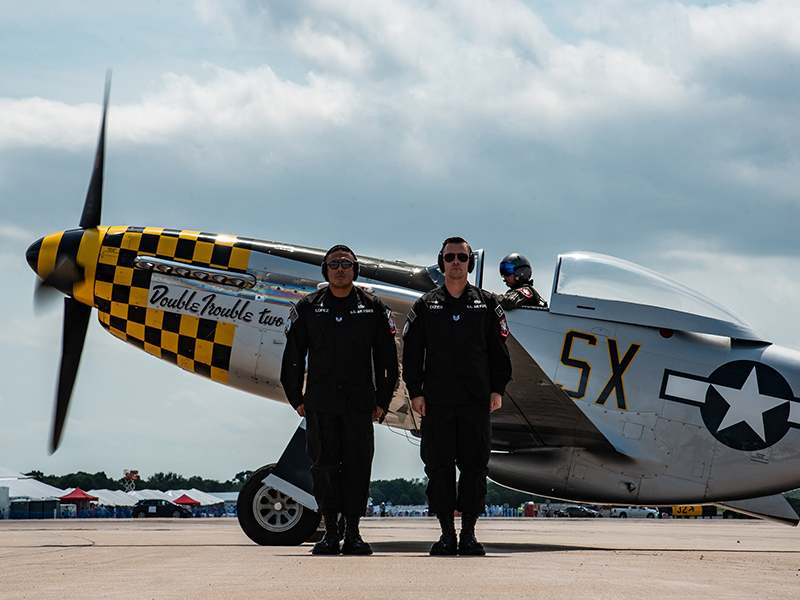 Charles “Tuna” Hainline joined the Air Force after graduating from Oregon State University. After pilot training, he began his flying career in the A-10 and went on to fly the F/A-18 Hornet as an exchange officer with the Navy, the F-4 Phantom II and the F-117 Nighthawk. Hainline retired as a lieutenant colonel in 2006 following a decorated 20-year military career.

A: There was never a single spark. It’s always been something that I was going to do.

My dad was a private pilot, so as a baby I was in the cockpit. I remember a very early flight, flying over a big sawmill in Oregon and seeing the big, heavy equipment lifting logs. I remember thinking that those big machines looked so small. It’s just a wonderful view of the world.

One of the big things for me was my future wife – who I was dating at the time – her friend’s husband was an Air Guard pilot and was flying F-4s. Talking to that guy about flying F-4s just solidified that design to make it happen. I eventually got to fly F-4s.

Within a year of that, there was an air show in Corvallis and there was an A-10. I remember talking to the A-10 pilot, and listening to him made it even more of a no-brainer. And I eventually got to fly the A-10.

I was fortunate enough to be able to complete the circle.

A: The F-4. It has such a great history, not only in Vietnam, but pretty much every conflict from then on. It’s just a workhorse. It kind of reminds me of some of the WWII airplanes that were just so good at what they did. It was just a hardcore war fighting machine.

The F-117 was also cool. The look of it, the aura of its development, the secrecy and the mystique of the whole thing was just neat. It was just the best at what it did. It was very, very stealthy up to the end. You were always on the leading edge of the spear with the F-117.

A: I got interested in warbirds and old planes as a kid. I was just fascinated by WWII and Korean War aviation, so I read everything I could about the P-51, P-47 and F-86. The warbird movement also got really big when I was a kid and people started fixing them up.

I was fortunate enough to be in the F-4 when they put the F-4 into the Heritage Program in 2005, so I got to be the West Coast Heritage pilot on the Air Force side. I got to be good friends with Tom “Gumby” Gregory, who was the chief pilot at the Lone Star Flight Museum, and we just got to talking about the planes that I had restored. Over time, after flying with him over the next couple of years, he invited me to fly with the Museum. I started flying the P-47, so Gumby suggested I apply to the Heritage program. It took a couple of years for the stars to align, but that was another dream come true.

A: I love the Corsair and a lot of that stems from reading about the island-hopping campaign in WWII and just being fascinated with the South Pacific. The “Top Gun” of my era was “Baa Baa Black Sheep” and that was a huge influence for me, too.

The shape of the plane to me is like good artwork. Back in the 40s they were just so good at the metal work and design. It’s so recognizable and it’s just a joy to fly.

Among the Heritage Flight planes, I have an affinity for the P-47, but I love flying them all. The P-47 was the first big WWII airplane I had flown, so it has my heart in that way. It has a history that’s a little underrated in my opinion. It took it to the Luftwaffe before the Mustang even got to Europe. It’s really a lot like the F-4 phantom that I flew. It’s a multirole airplane that was really good at a lot of jobs. It’s a big airplane and it’s kind of shaped like me, so we have a special connection.

A: The angle of attack differences and the speed and power changes. I’ve been lucky enough to have been on both sides of that equation. I’ve gotten to lead a Mustang in an F-4 and I got to be led in a Mustang by an F-4.

The more speed you can give the Air Force pilot, the easier it is for him to fly off of you. When I’m holding, waiting to start the Heritage Flight, I start up high so I can start with more speed and end with more speed to make it easier for the ACC pilot to stay on my wing comfortably. The P-47 is a slower plane generally than the Mustang, but it gets going downhill fast.

Q: Which modern aircraft do you most enjoy flying with and why?

A: All of them. They all have their unique attributes.

With the A-10, it’s just neat to see the airplane I flew. I was a young Air Force guy when I flew the A-10 and it just warms my heart to see that airplane on my wing. It really takes me back to my young Air Force career. It’s something I never would have guessed I would be able to do. It’s almost surreal. It just goes back to that air show when I was 18 years old and got to talk to that Air Force pilot.

A: F-22. The power and maneuverability is purely awesome. The ability to make that airplane do almost anything you want it to do is an experience I would love to have.

A:   Robin Olds. He was a real man, officer and fighter pilot. He was a great leader. 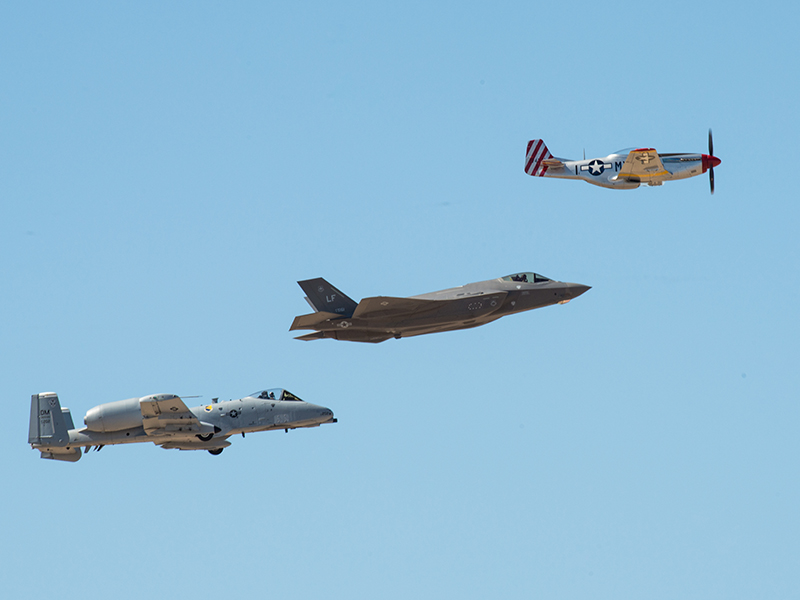 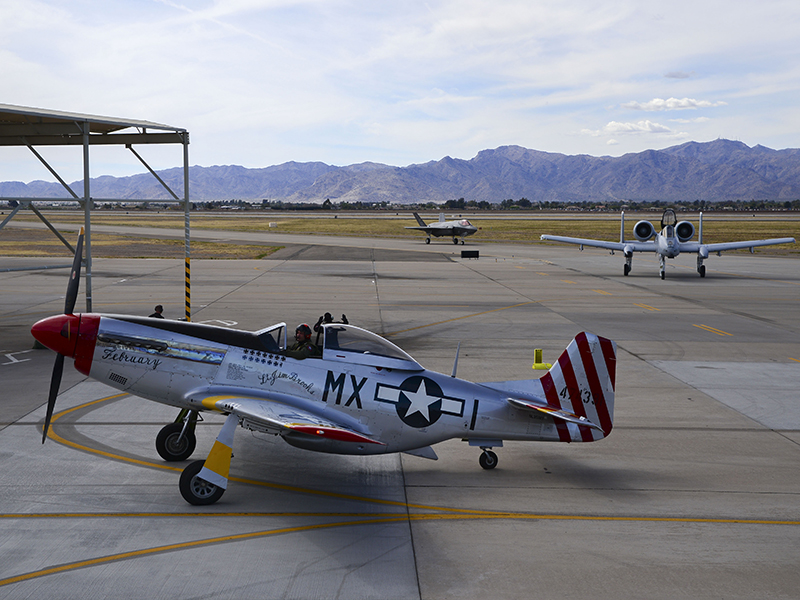